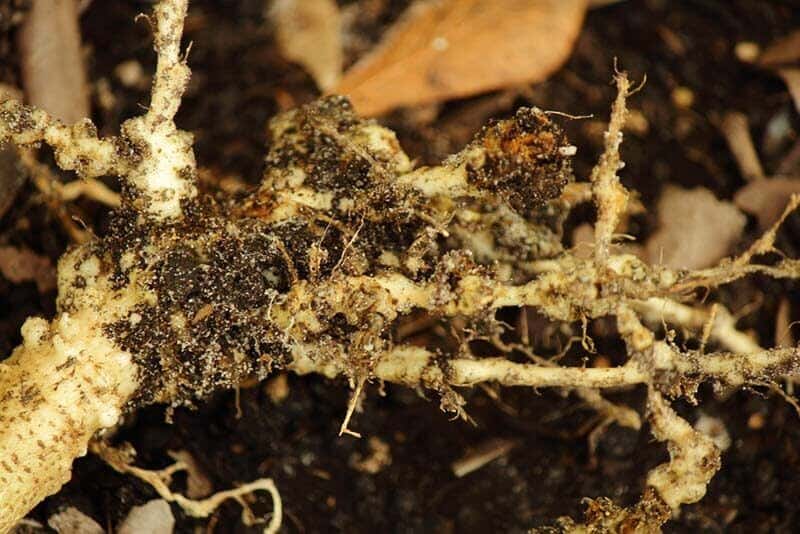 Role of Nematodes in Soil

There are two sides to everything, and the same goes for nematodes. Let me talk about the positive side first.

Nematodes in soil play a vital role in the decomposition of organic matter, nutrient conversion, and energy transfer, and are an essential part of the soil ecosystem. For example, nematode excreta can contribute 19% of the dissolved nitrogen in the soil. At the same time, nematodes are also used as soil indicator organisms to evaluate the ecosystem’s biological effects, soil health, ecosystem succession, or disturbance levels.

Almost every plant can be a parasite or harmed by one or more nematodes. Some nematodes feed on plants and are commonly referred to as ‘eelworms’ in the British-speaking world. Most plant nematodes are less than 1 mm long and almost invisible to the eye. They may not impress you the way the sperm whale nematode would, but they are responsible for some 15% loss to crops per annum worldwide, equating to some US$78 billion! These soil nematodes parasitic in plants are called plant-parasitic nematodes. Including cereal cyst nematode, Heterodera avenae, the seed gall or ear-cockle nematode, Anguina tritici, root-knot, and the lesion nematodes.

Plant feeding nematodes have a sharp needle-like structure in their mouth called a ‘stylet’  The stylet acts like a tiny hypodermic needle and is used to pierce through cell walls and suck out the cell contents.

An example of the losses caused by eelworms is the pine wilt nematode (Bursaphelenchus xylophilus), which has been associated with the death of tens of millions of pine trees in Japan. How can something less than 1 mm long cause such devastation? The answer lies in reproduction, with the nematode reaching populations of billions per tree.

Sasser and Freckman surveys have shown that direct damage to food and fiber crops can reach 12% due to nematode damage, and vegetables and fruit trees can lose more than 20%.

The Harm of Nematodes

The secretions of the nematode infestation and metabolism process directly stimulate the plant cells and tissues, further leading to weak plant growth, plant malformation, and affecting agricultural product yield and quality. In the case of double-grass planting, the allelopathy between plants and plants is similar.

As the plant growth is not robust and the resistance is poor, the incidence of other diseases and pests rises sharply, and the ability to resist natural disasters also decreases.

In addition to the disease caused by soil nematodes elimination itself, some nematodes can also transmit other conditions such as bacterial diseases, viral diseases, and fungal diseases. There are many different pathogens in the soil. When the roots are infected with nematodes, they are vulnerable to other pathogens, which aggravates the occurrence of diseases.

We know that Most plant-feeding nematodes in soil and feed on plant roots, thereby reducing the plant’s uptake of water and nutrients, and reducing tolerance to other stresses such as drought. Some transmit other disease-causing agents (e.g., viruses) to plants as they feed.

When numbers of eelworms get too high in the soil, farmers sometimes apply chemicals called fumigants or nematicides to the soil to control them. However, these chemicals are generally very toxic and hazardous to the health of both humans and the environment. Some nematicides have been banned because they were found to easily leach through the soil and contaminate drinking water in aquifers.

Now Eco-farming is the trend all over the world. We also look for the Green sustainable solution to control nematodes.

If you also face the problem of control nematodes, maybe we can provide you some valuable information.