Contents hide
1 How to grow the best tomato
1.1 Tomatoes are the most popular homegrown crop in the United States.  What makes them so popular?
1.2 If you are interested in putting a few tomato plants in your garden this year, we’ve got some great advice to help you grow tomatoes ever! 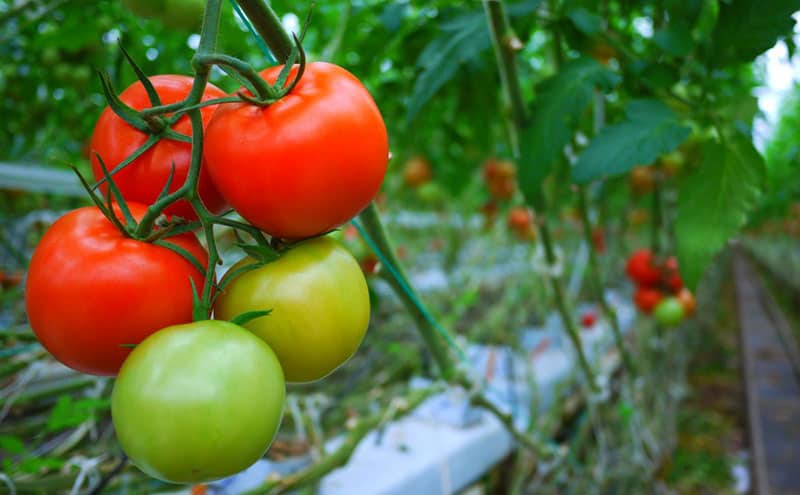 How to grow the best tomato

Tomatoes are the most popular homegrown crop in the United States.  What makes them so popular?

Most tomato lovers would agree that the most delicious tomatoes in the world are those that are homegrown in the garden.  Furthermore,Grow tomatoes is not very difficult, can be planted in almost any soil type, provided them 5-6 hours of sunlight a day.  Even if you don’t have certain garden, per say, most homeowners can find at least a few square feet of their landscaping where they can plant tomato.

If you are interested in putting a few tomato plants in your garden this year, we’ve got some great advice to help you grow tomatoes ever!

1.The first decision in homegrown tomatoes is whether you want to start them yourself from seed, or if you’ll purchase young plants from a nursery.  For the less-serious home gardener, who just wants a few of your average homegrown tomatoes to eat, the usual varieties found in a nursery will do just fine, plus you’ll save the time and trouble of growing them from seed.  However, if you are planting on a large scale, starting from seed can be much more economical than buying young plants.  Furthermore, if you want to grow any specific varieties of tomatoes besides your average beefsteak, Better Boy, or Early Girl, you may be forced to start the plants from seed.  Pear tomatoes, yellow tomatoes, heirloom tomatoes and others are varieties that nurseries don’t typically sell as young plants.

2.Proper fertilization techniques are vital for growing your best tomatoes.  If starting indoors from seed, you should fertilize when the first set of leaves appear on the seedlings.  In the early stages, you’ll want to use high nitrogen fertilizer, because this will help the plants to grow strong.  However, when the plants get large enough that they begin forming blossoms, it is recommended to switch over to high phosphorus and potassium fertilizer.  Too much nitrogen during the fruiting stages will result in plenty of vine and very little fruit.

3.If you do grow your tomatoes indoors from seed, it’s important to harden them off before moving them outdoors.  There are many ways to accomplish this.  You could set up a small fan to blow gently on the plants indoors.  When the daytime temperatures are warm enough, you could also begin setting the plants outdoors for several hours a day, gradually increasing their time outdoors and length of time in the sun, day by day.  Eventually the plants will be ready to set outside.

4.When planting tomatoes, it is important to plant deeply.  When planting, you should bury at least half to three quarters of the plant, so that only the top few branches are sticking out.  New roots will eventually form all along the stem that you submerge in the soil, making the plant stronger.

5.Among tomato growers, there is wide debate about whether to pick or not to pick suckers.  Suckers are secondary stems that form on all tomato plant, and they grow from the joint of the main stem and the primary branches.  There are two fields of thought about this.  If you allow suckers to grow, they will sap much of the energy from the plant’s main stem.  Allowing suckers to grow on an indeterminate plant will result in an enormous, sprawling tomato plant that, by season’s end, can be difficult to manage.  On the other hand, if you remove all the suckers from your tomato plant, the plant will become very spindly, without very many leaves.  When you have a tomato plant that isn’t bushy enough, the fruits themselves will be more susceptible to discoloration and sunspots because they don’t get adequate shading from the plant itself.  In general, for more home gardeners, it is recommended to allow some of your suckers to grow in the beginning, but by mid-season, to begin removing suckers and continue doing so until the plants are finished in the fall.

6.Lastly, be sure to keep a close eye out for any diseased plants.  While a variety of tomatoes have been hybridized to be disease resistant, there are still some plants that will be affected to common tomato disease such as fusarium wilt and verticillium wilt.  If you notice a plant that looks unhealthy, you should attempt to diagnose the problem as quickly as possible, and potentially remove the plant all together.  Many diseases affecting tomatoes will spread rapidly from one plant to another, and it’s always better to sacrifice one plant than to risk your entire crop of tomatoes.

Tomatoes are not a difficult plant to grow.  Even the gardener with the blackest of thumbs can usually produce a decent crop of tomatoes with very little effort.  However, if you do provide them with a little extra care and nurturing, you’ll be rewarded with your best tomatoes ever!