Many current orchards have serious soil pollution, lack of organic matter, reduced beneficial bacteria, destruction of microorganisms, and proliferation of nematodes. What should we do? 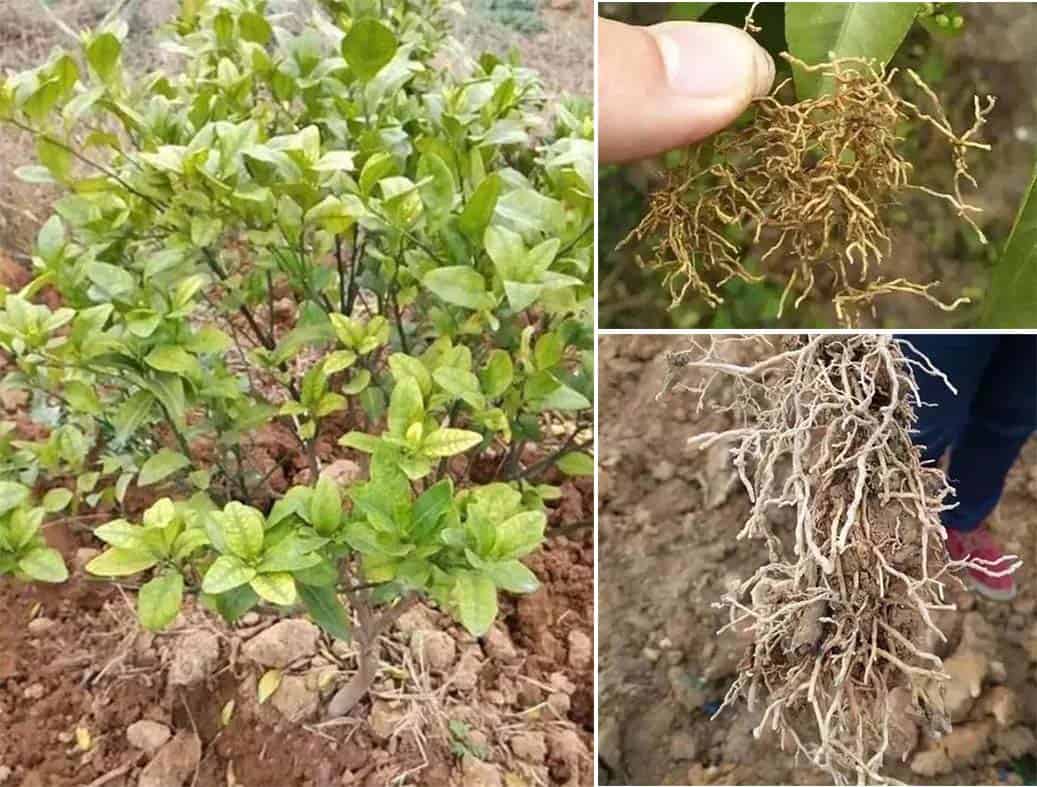 After root-knot nematode damages citrus, yellowing, rewinding or defoliation, and debilitating symptoms often appear. These symptoms are similar to those caused by insufficient fertilizer, lack of trace elements, poor drainage, and various insect pests. Most citrus farmers have similar symptoms. Did not expect to be caused by the root knot nematode damage, and therefore failed to symptomatic medication, resulting in poor control effect.

The main pathogen of citrus root knot nematode disease is peanut root knot nematode. Characteristics of the disease: The pathogenic nematodes of this disease are mainly parasitic to eggs and female nematodes on the sicknesses. They live through the winter in the desert soil and are transmitted by water, fertilizer, crops, humans and livestock. Long-distance transmission is mainly through the transport of diseased seedlings.

In recent years, the use of farmyard manure that has not been fully decomposed until that time has led to a gradual increase in root-knot nematodes, and even in some places it has become a flooding trend. However, the nematode’s nervous system is underdeveloped and its sensitivity to chemicals is poor. Therefore, the efficacy of many nematicides is not very good.

Therefore, the prevention and control of plant root-knot nematodes should follow the laws of dynamic balance of soil ecological environment, nematode growth and development, and the laws of damage, etc. The use of soil-free, microbial control methods can achieve the desired results.

Microorganisms play a major role in the nitrogen cycle. Ammonium nitrogen is converted to nitric acid nitrogen by the oxidation of nitrifying bacteria. Nitrogen-containing organic matter must be degraded by microorganisms before it can be used by plants. Nitrates are used by plants and microorganisms in the course of utilizing nitrates. It is re-reduced to NH4+ and then used to synthesize various nitrogen-containing organic compounds. All green plants and microorganisms use ammonium salts as nutrients to synthesize amino acids, proteins, nucleic acids and other nitrogenous organics.

Mineralization and release of carbon in organic matter make the biosphere in a good cycle of carbon balance. About 90% of the CO2 on the earth is formed by the decomposition of microorganisms, and microorganisms have a great effect on the natural circulation.

Plants and microbes are symbiotic partners. Plant root exudates supply the needs of microorganisms, and microbes produce a variety of different substances to give back to plants. The plant body includes roots, stems, leaves, flowers, and fruits. In fact, the entire surface of the plant is covered with a microbiological coat.

However, at the moment, in fact, the cultivated land was severely damaged, and the motherland of microbial growth, the soil was destroyed, and the microorganisms in the soil became very scarce.

Excessive use of chemical fertilizers, pesticides, and unreasonable farming methods have resulted in imbalance of nutrients, accumulation of salt, physical destruction of the soil, self-toxic or phytotoxic effects of plants, reduction of beneficial bacteria, increase of pathogenic bacteria and nematode population, etc. in agricultural production.

If you have interested in the green solution of controling nematodes,please check the Dora Nemaxe.