What can Paecilomyces lilacinus do?

Paecilomyces lilacinus is a inhabiting bacteria in many roots in soil (Soil inhabiting bacteria refers to parasites that survive winters in the soil or on the residue of diseased plants, have strong saprogeny, and can survive long time in soil). It has been proven for many years that Paecilomyces lilacinus has control effects against various nematodes and can effectively control root-knot nematodes and cyst nematodes. 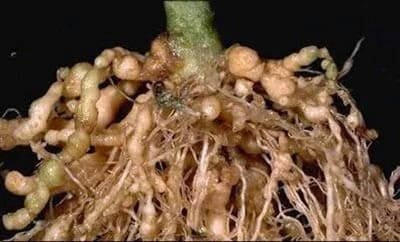 The most promising biocontrol agent. Because the bacteria can adapt to different climatic conditions, it has a high parasitic rate for nematode eggs, which can effectively control the number of soil nematodes, significantly reduce the damage, has been widely used in production practice.

At present, nematodialogists in nearly 70 countries around the world use it to control root nematodes, cyst nematodes and other plant parasitic nematodes, and achieved good results.

As a biocontrol organism, Paecilomyces lilacinensis has low requirements for nutrient conditions. It not only grows on a variety of conventional media, but also can be used in a variety of natural substrates such as agricultural and sideline products waste, waste residue and plant leaves or plant extracts.

It grows and it can produce a large number of spores, which facilitates its large-scale industrial fermentation production, can be made into solid or liquid microbial agents for root application, seed dressing or spraying.

Therefore, in recent years, the use of Paecilomyces lilacinus in the prevention and control of parasitic nematodes has been studied at home and abroad.

Reduce the use of pesticides

Paecilomyces lilacinensis can produce a variety of functional enzymes such as chitinase, cell lyase, glucanase, and serine protease. In particular, chitinase is a recently discovered enzyme and has many problems to catalyzes the characteristics and and explore molecular structure, especially the application of chitosanase to control plant pathogenic bacteria will have a very broad prospect, and domestic research in this area is less, and it needs to strengthen its research and development.

Latha et al. experiment showed that the filtrate of Paecilomyces lilacinus could reduce the the number of cysts and larvae of Heterodera gingivalis on black chickpeas.

Paecilomyces lilacinus has been commercialized and used it in the control of potato nematodes in Peru, the United States, and Pakistan.