Microorganisms in soil are all tiny creatures that are invisible or invisible to the naked eye. They are small and simple in structure. They usually use optical microscopes and electronics. However, we can’t ignore the importance of microorganisms in the soil.

Distribution of Microorganisms in Soil

The microscope can be seen about 1000 times, but some microorganisms can be seen by the naked eye, like mushrooms, ganoderma lucidum and other fungi. Organisms are varied, and they exist in their unique ways for their survival and reproduction. Maybe you have never seen microorganisms, but you know how to make the wine? How is the digested food absorbed? How can the straw residue in the field become unrecognisable and even disappear? These are the contributions of microbes.

Type of Microorganisms in Soil

There are many kinds of microorganisms in the soil, including bacteria, fungi, actinomycetes, algae and protozoa. The number is also huge. There are hundreds to hundreds of billions of grounds in one gram of soil. Most of the soil microorganisms are beneficial to the growth of crops. They have a significant impact on the formation and development of the soil, the material cycle, and the evolution of fertility. Of course, some pathogenic microorganisms are not favoured. 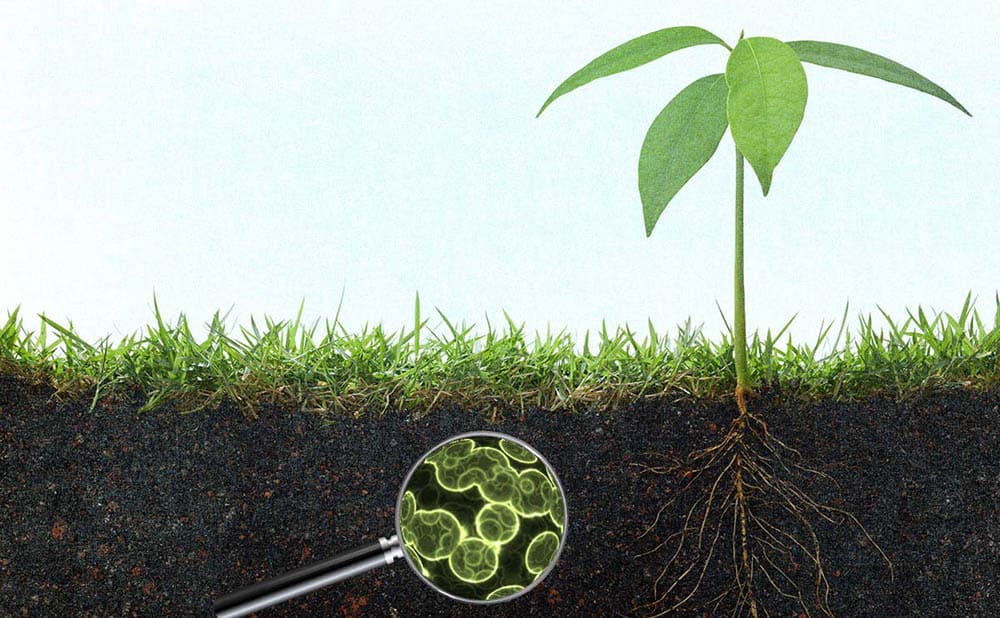 Beneficial of Microorganisms in Soil

Soil is not merely a simple combination of soil particles and fertilisers. As an active component of soil, soil microorganisms in their own lives, through the exchange of metabolically active oxygen and carbon dioxide, and secreted organic acids, etc. contribute to the soil particles. The formation of a large aggregate structure eventually results in soil. The floristic composition, biomass, and life activities of soil microbes are closely related to the creation and development of soil.

The most significant effect of soil microorganisms is the decomposition of organic matter, such as the roots and leaves of crops and organic fertilisers applied to the soil. Only through the action of soil microorganisms, can it rot and decompose, release nutrients for crop utilisation, and form humus, Improve soil structure and ploughability.

Nitrogen accounts for 4/5 of the air composition, but plants cannot use it directly. Some microorganisms can use their nitrogen fixation to convert nitrogen in the air into fixed nitrogen compounds that plants can use. With such soil microorganisms, it is equivalent to the soil. With its nitrogen fertiliser production plant.

5. Use in Soil Degradation

Microorganisms can also degrade organic pesticides, municipal waste, and factory waste that remain in the soil. Microorganisms break them down into harmless or even harmless substances, reducing the risk of residual poisons. Of course, all these functions performing by different populations of microorganisms, and the realisation of each function also requires a large number of microorganisms to work together.

The microorganisms in the soil are so competent. You may think that if they can let them listen to human beings and want what they do, they have to do what they can do. Well, yes, scientists think so. Nowadays, there are many examples of the use of microorganisms in medical and health care, industrial and agricultural production. Take the microbes in the soil. By developing and screening effective strains and cultivating highly effective strains, we can repair contaminated soils, produce fungicide, biopesticides, and so on.

Microorganisms Applications In Agriculture
Scroll to Top
WhatsApp Us