The results show: Compared with the control group, the 1-MCP treatment group can effectively delay the appearance of lily respiratory peak, reduce the respiratory rate, delay the imbalance of water metabolism and increase the relative permeability of the cell membrane. (More Details of 1-MCP)

Treatment with 1 000 nL/L 1-MCP is beneficial to the absorption and maintenance of water in cut flowers, and can promote the increase of flower diameter;

150 nL/ L 1-MCP treatment is more effective in inhibiting the respiratory consumption of cut flowers, prolonging the life of the vase and delaying the aging process.

Lily is one of the most popular rare and precious fresh cut flowers in the world. In recent years, its planting area in my country has been increasing at a rate of 20% per year. The problem of quality degradation is very prominent.

Reducing the loss of circulation, improving the quality of its products, and prolonging the life of the vase are the problems that need to be solved urgently in the research of domestic lily cut flower production.

Studies have shown that lily flowers are ethylene-sensitive end-rising horticultural products and are suitable for 1-MCP treatment.

At present, in the postharvest research of lily, 1-MCP, 6-BA, GA3, sucrose and citric acid are considered to be the most effective non-polluted preservatives in terms of hormone regulation, nutrition and water supplementation, antiseptic preservation and so on.

This experiment is to explore the effects of different concentrations of 1-MCP on respiration consumption, cell membrane permeability, water balance, and fresh weight changes during the cutting period of lily cut vases. 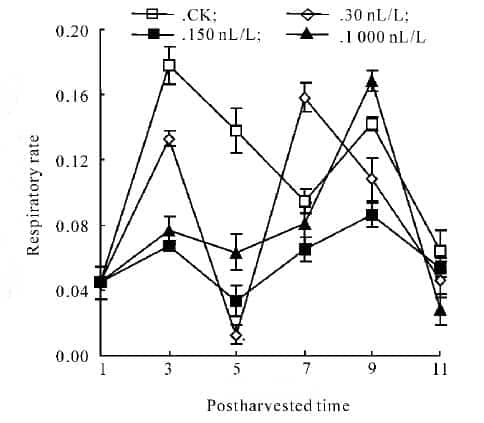 The changing trend of the respiration rate during the vase cutting period of the control group and each treatment group was basically the same, both showed a bimodal curve, which belonged to a typical abrupt cut flower.

Compared with the control group, the maximum respiration peak value of cut lily in each treatment group also decreased to varying degrees. Among them, the 150 nL/L 1-MCP treatment had the most significant decrease, and the respiration rate change was the most stable during the entire bottle insertion period. 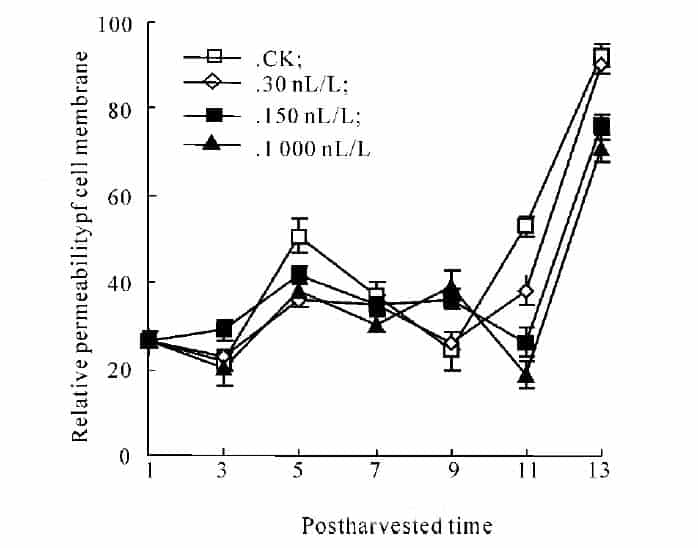 There was no significant difference in the cell membrane permeability of cut flowers between the groups treated with different concentrations of 1-MCP, but their values were all lower than those of the control group during the same period. 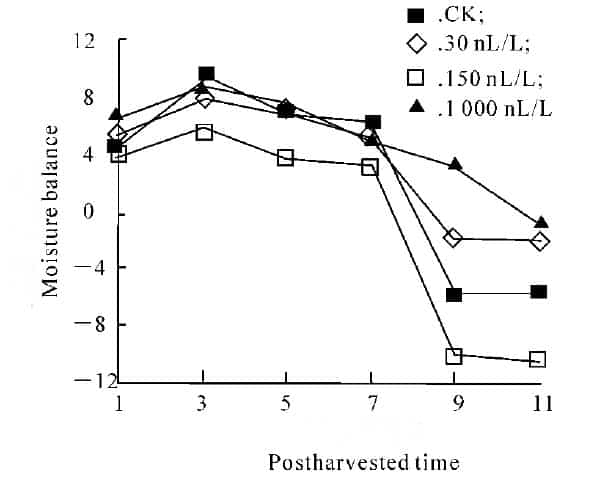 The 1000 nL/L 1-MCP treatment group had the most significant effect on delaying the decrease in water balance value of cut flowers. The water balance value dropped to zero on the 10.52 day, which was delayed by 3.06 d compared with the control group. . It can be seen that the 1-MCP treatment group promoted the increase in water absorption of flowering branches and the inhibition of water loss.

Through this experiment, it can be found that 1-MCP can maintain the fresh weight of cut lily flowers by adjusting its water absorption and maintenance.

This study shows that 1-MCP can effectively reduce the respiration rate of cut lily flowers and delay the emergence of respiratory peaks.
It can reduce its peak value to varying degrees, inhibit the increase of cell membrane permeability during the vase period to a certain extent, delay the decline process of the water balance value of cut flowers and the change rate of fresh weight of flower branches, which is conducive to the absorption and maintenance of water in cut flowers. .