Poor soil can limit water and nutrient uptake by plants and restrict root development, leading to yellowing, wilting, stunting, and even death. Fortunately, poor soil can be improved with soil amendments. What is a soil conditioner? This article will answer that question and explain why you need to use soil amendments.

Soil Amendment also called soil conditioner, which improves soil conditions by increasing aeration, water retention, and nutrients. It refers to the use of multidisciplinary theories and techniques such as soil science, biology, and ecology to eliminate or prevent adverse factors that affect crop growth and soil degradation, improve soil properties and soil fertility, to create a good soil environment for crops.

Healthy soil is the basis of maximum agriculture production; it supports natural elements cycle, producer-consumer interaction. The area where the crops most closely contact the soil is the root area. A healthy soil environment is conducive to the growth of roots, including the capillary distribution of roots, and the vitality index of roots.

Effect of Soil on Crop Yield and Quality

Planting crops is inseparable from the soil. Soil is the basis for planting development. The fertility of soil determines the growth and development of crops and directly affects the yield and quality of crops. Therefore, increasing the utilization rate of soil and fertilizer can promote the sustainable development of agriculture and improve the farming efficiency of farmers. 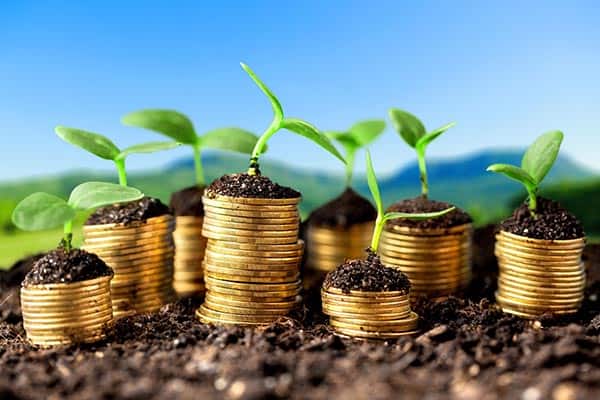 Most soils tend to be one of four types: sand, silt, clay, or loam (having a balance of sand, silt, and clay). Each soil type has its own characteristics.

Sandy soil is easy to detect. It has a tough texture, and when you squeeze a small amount of sandy soil into your hand, it easily collapses when you open your hand again. Sandy soil is full of sand. Sand is mainly small eroded rocks.

Silty soils consist mainly of medium-sized particles, are richer, better drained, and have more moisture than sandy soils, but are easily compacted. Because of its fineness, when it gets wet it turns into a smooth slurry that you can easily make into balls or other shapes; and when silt soil is very wet, it mixes seamlessly with water to form a fine, runny slurry.

The clay particle is the finest of all soil particles, measuring less than 0.002 mm. It consists of microscopic and sub-microscopic particles derived from the chemical decomposition of rocks. Also known as heavy soils, these soils are more fertile because they bind nutrients to the clay minerals in the soil. But they also hold a high percentage of water due to the capillary attraction of the tiny spaces between the large number of clay particles.

Loam soils are a mixture of clay, sand and silt, and benefit from the qualities of these three different textures that favor water retention, air circulation, drainage and fertility. These soils are fertile, easy to use, and provide good drainage.

How to Build Good Soil Condition

Organic matter improves the structure of all types of soils. It allows the soil to retain moisture better and it improves drainage in heavy clay soils. Another role of organic matter is that it provides nutrients to the microorganisms and beneficial insects of the soil ecosystem. It creates a good environment for all these soil microorganisms and organisms that can promote plant health and growth.

Organic matter contains acids that make plant roots more permeable and improve their uptake of water and nutrients, and it dissolves minerals in the soil so that they can act on plant roots.

Cover crops have many benefits for soil health. They reduce the risk of erosion by keeping the soil covered during the winter and other times when crops are not growing. The biomass produced by cover crops is often returned to the soil, thereby increasing organic matter levels. Legume crops can add nitrogen to the soil through nitrogen fixation.

Farmers use crop rotation as a method of maintaining soil fertility. Crops can be planted strategically to replenish nutrients that may have been reduced by previous crops, thus preventing nutrient depletion in the soil. Crop rotation also helps to control weeds and reduce crop-specific pest and disease problems.

Consciously reducing soil damage caused by heavy or repetitive agricultural machinery running on land Reducing tire pressure is a measure farmers take to maintain healthy soils. Farmers also reduce soil compaction by housing livestock in barns during the winter. In addition, farmers try to ensure that there are multiple access points to the farmland to reduce soil compaction near the access points.

Careful planning of the timing, application methods and amounts of substrates, composts and other fertilizers will enable you to meet the nutrient needs of your crops and minimize nutrient overload. Over-fertilization can increase pest and disease problems. Increased levels of soluble nitrogen in plants can reduce their resistance to pests, leading to higher pest densities and crop damage.

Consider adding beneficial fungi or bacteria. If your soil is well aerated and provides nutrients, microbial populations will grow on their own, breaking down dead plants into reusable nutrients.

Why is Soil Amendment so Important?

As the overdosage of chemical fertilizers and pesticides, the soil is becoming weak as the pH balance is broken, with fewer nutrients and organic matter, crops have poor living conditions. So the soil amendment is necessary when it is in agriculture production.

To amend the soil means amending it with other materials. These soil amendments or soil conditioners improve the physical properties of the soil. They reduce compaction and aerate the soil, making it easier for water and nutrients to flow through the soil and reach the roots of plants. Some soil amendments also add nutrients to the soil that help retain moisture and help maintain the correct pH balance.

At the same time increases the soil aggregate structure, effectively coordinates soil nutrients, comprehensively improves soil water, fertilizer, gas, and heat conditions, and creates a favorable environment for the growth and development of crop roots. Improve and protect the soil environment through soil improvement technology, prevent pollution, maintain ecological balance, improve the safety of agricultural products, and closely integrate the sustainable development of agricultural economy and environmental construction, which can improve the stability and sustainability of the ecosystem.

The Role of Microbial Soil Amendment